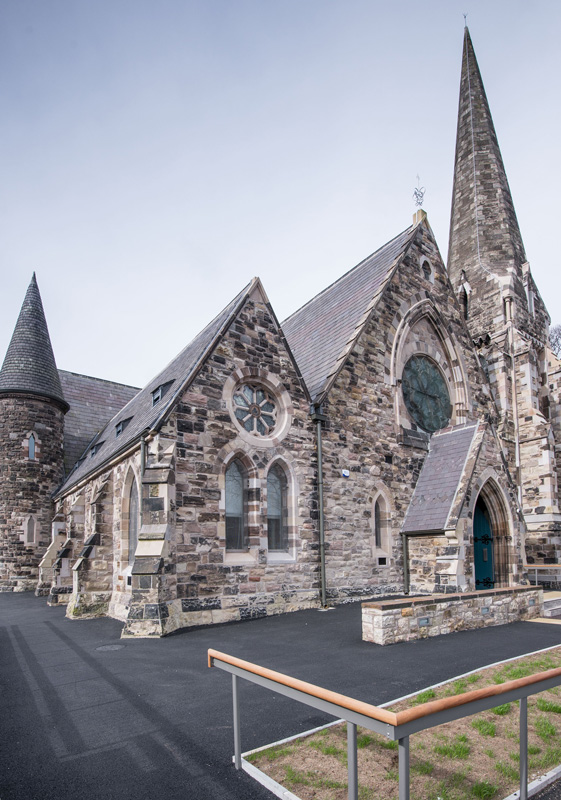 The vacant Duncairn Church, built between 1860 and 1862 in Antrim Road, Belfast, was transformed into an arts and cultural center, which opened its doors in 2014. The former church is a listed building and is exemplary for its decorated Gothic style. The goal for this conversion regarding the roof was to increase energy efficiency without endangering the building fabric, i.e. especially to avoid mould. According to the architects (Doherty Architects Belfast), 20 mm Spaceloft blankets using vapour barriers reduced the U-value from approx. 1.0 W/(m²·K) to approx. 0.56 W/(m²·K). At the same time the appearance of the building was preserved. The reconstruction was honoured with the prizes “RICS NI Awards 2015: Winner in the Conservation Category” and “RSUA Awards 2014: Commendation Conservation Category”.